You are here: Home / Cats Available for Adoption 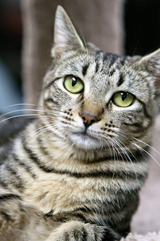 If you are interested in adopting one of our available Cats or Kittens, please complete our Cat Adoption Application.

You can find our adoptable FIV positive cats with a “+” next to their name. Please Click Here to learn more.

Click on the cat’s photo or name for more details.

Pet adoption and
rescue powered by

Please consider opening up your heart and home to an FIV+ cat!

FIV (feline immunodeficiency virus) is a widely misunderstood condition. Many people think that it’s easily spread, makes cats very sick, and that they have a lower life expectancy, so they are not often adopted. This is far from the truth!

When a cat tests positive for FIV, it means they either carry the virus or have been vaccinated for it at some point (which causes them to test positive for the disease, which is why this vaccination isn’t recommended, among other reasons). FIV is not spread through casual contact such as shared food/water/litter, mutual grooming, or playing. It is most commonly spread through deep, vicious bite wounds typically inflicted by intact toms fighting on the streets over food, females, or territory. If a cat has been spayed or neutered, they are unlikely to fight in this manner, and if the population is stable (no serious fighting), FIV+ cats can live with non-infected cats. (It was previously thought that FIV+ pregnant queens could pass the virus to their kittens, but this has since been disproved according to one study. Kittens with an FIV+ mother may test positive for up to 6 months, however, due to the presence of maternal antibodies, which dissipate over time).

FIV+ cats can live as long and healthy a life as non-infected cats. This doesn’t mean they will never become ill; they are, after all immunocompromised, so illnesses can be easier to catch and harder to fight off. They have the same needs as any other cat: high quality nutrition, a clean, stress-free, strictly indoor environment, regular veterinary visits (two times per year), and lots of love. If they should become ill, they are generally treated earlier, longer, and more aggressively than non-immunocompromised cats (meaning they need to see the vet at the very first sign of illness and may be on a stronger medication or on medication for a longer period of time).

Cats can also be seen Monday-Friday by appointment